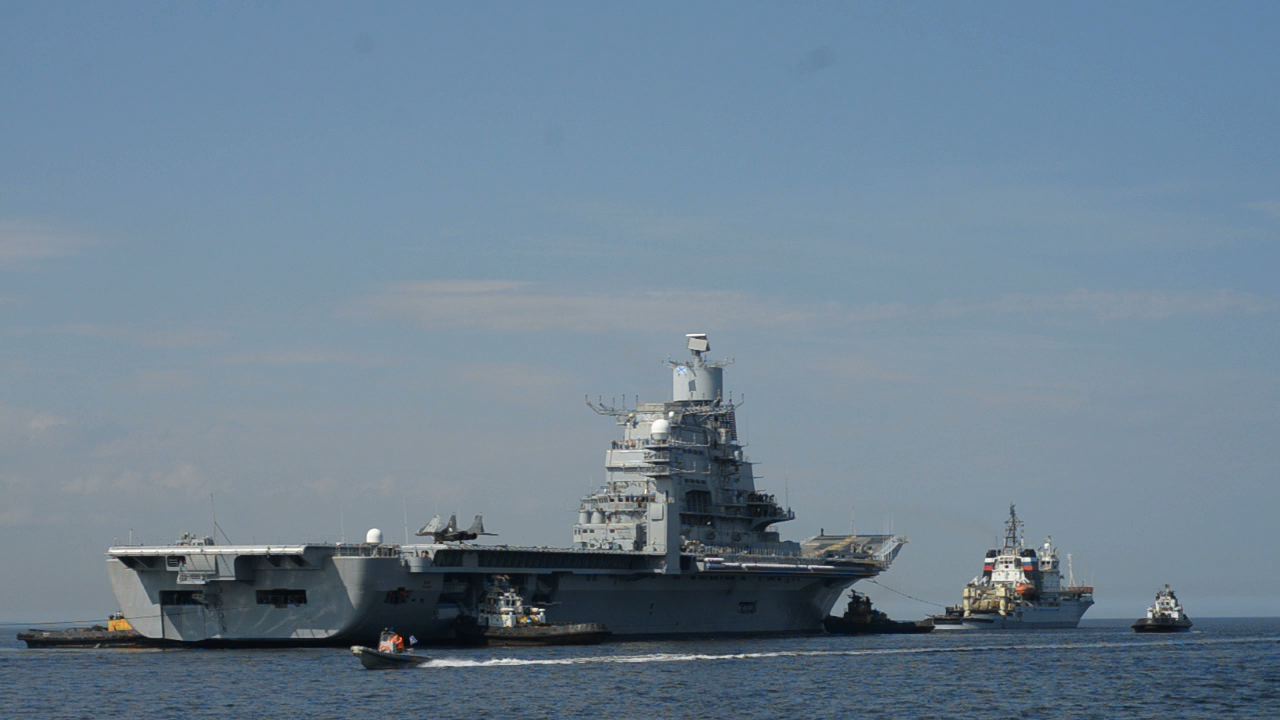 GOA : PM of India narendra modie handover big warship INS Vikramaditya to Indian naval on Saturday. he told in speech country security is government top priority. he said we must be self dependent to create defense equipment instead of import.

ruling government is serious for improving defense power in army. NDA government don't believe only making promise but believe in fulfill them with power and on time. modi announced for set up National War Memorial.

First time he address for the Indian naval on board ship at Goa coast after taking charge as pm of India. it is historical and golden day for country and proud to be Indian. "Country's security is our top priority,"- said PM. "We want to see eye-to-eye with the world. We don't wish to threaten others, neither do we wish to bow down before others," - said PM.